Forum rules
Please remember to respect the copyright of the author. Please do not post content from this section elsewhere without the specific permission of the author.
Post Reply
9 posts • Page 1 of 1
Message
Author

. Seems he was MD'd in 1919 due to "nervous problems" (PTSD?) sadly there was no other service history at all. No records of other family members serving in WW2 in any branch either . Also unable to find my old friend Chuck on a Vietnam search.

Anyway, maybe some of you will have better luck.

Political Correctness is the language of lies, written by the corrupt , spoken by the inept!
Top

Thank you. I downloaded my Grandfather's records and his DCM citation.
Top

That's great, glad it was of use to you.

Unfortunately no such luck at this end for some reason.
Political Correctness is the language of lies, written by the corrupt , spoken by the inept!
Top

Have been looking at it too ... it is not comprehensive though and records are still not there.

I did find a new one relating to my Grandfather, mortally wounded in Palestine, but survived for nearly 50 years. I had a copy of his records but a new one there confirmed my Grandmother as a war widow.

The other, that I always laugh about is a great uncle - joined the RN as a steward in 1916. Then when the RAF was formed he was transferred across with the officer he served and became "Batman".

I've been quite fortunate with WW1 records, most of my relatives records are still available. There are only about 1/3 or them left as the archives were bombed in the war. I think I've mentioned on here before, I've found records for relatives in 2/5 Staffs, the KSLI and the RN. If you haven't had a look I can really recommend searching for your ancestors - you need a full name, DOB, names of other relatives also help because WW1 army attestation forms have next of kin on them. The navy information that I have is much more sparse, just a page of a book listing the ships that my relative served on. I've attached some examples so you can see the sort of things that are available.

WW2 records haven't been generally released yet, presumably because there are veterans who are still alive. You can get request them but the process is more involved - you fill in some forms and you also need to get permission from the individual or the next of kin, see here : https://www.gov.uk/get-copy-military-service-records. I managed to get my Grandfathers records this way. He was on the home front initially driving all over the country, he went over to France in late June 44, ended up on the X list a month later. He was assigned to another unit when he was fit again and then made his way up through Belgium, Holland and ended up in Nothern Germany. It looked like he was attached to the 5th Armoured Dvision, the famous desert rats. I have one of their patches somewhere and always thought that he was in the desert before I got his records. Amazingly we found that he was at RAF Uteresen at the same time as my partners Aunt in late 1945. Last edited by Charlotte the flyer on Sun May 30, 2021 7:30 am, edited 3 times in total.
The above post probably contains sarcasm or some other form of attempted wit, please don't take it to heart.
Top

Couple more - an RN record and also an extract from a Battalion war diary. The above post probably contains sarcasm or some other form of attempted wit, please don't take it to heart.
Top

Political Correctness is the language of lies, written by the corrupt , spoken by the inept!
Top

Polchraine wrote: ...The other, that I always laugh about is a great uncle - joined the RN as a steward in 1916. Then when the RAF was formed he was transferred across with the officer he served and became "Batman".

I need to have a look on there, i know my Grandfather served with Monty, but not the details...

After the war he became a "batman" too, the RAF term for a steward or general housekeeper...

Interestingly, he helped get my parents together... his daughter (my mother) worked as a civi typist on the local RAF base, and he was a batman in the Officers Mess... He obviously mentioned my mother to one of the MOD civis staying there, and he became my father..!
Top

Just amazing the amount of archived material there is ready to be re-discovered. My elder brother died a while ago and a few family medals were passed on to me, among them were a couple of Crimea War medals but no real information of who they belonged to. Turns out they belonged to two brothers, my several times great uncles who were both in the Royal Navy and HMS Rodney and HMS Britannia and took part in the Battle of the Baltic and the Siege of Sebastopol in 1854. 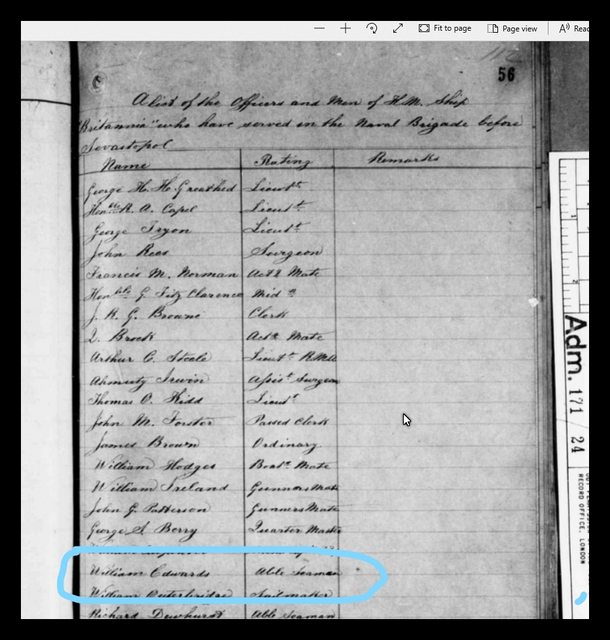 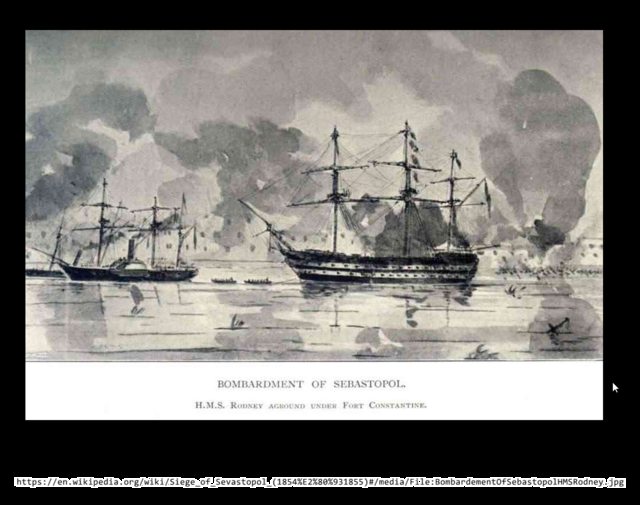