Forum rules
Please remember to respect the copyright of the author. Please do not post content from this section elsewhere without the specific permission of the author.
Post Reply
120 posts
Message
Author

So if Jewish is not the reason for the different serving name then why?
https://binbrook-gunsmiths.co.uk/

“It was a bright cold day in April, and the clocks were striking thirteen.”

Everything I copy and paste can be found in the real world by using Google.
Top

christel wrote:So if Jewish is not the reason for the different serving name then why?


My searches of the CWGC records show plenty of Jewish names. Orman is not normally "Jewish" and a search brings up this: http://en.wikipedia.org/w/index.php?tit ... n#mw-pages

Orman may actually be Irish - and given the 1916 Easter uprising, a British Jew may have wanted to distance himself. All supposition and probably only he (and maybe the Army recruiting sergeant) will have known the real reason.

Two Germans. I think all the German graves had headstones commemorating two soldiers.

The other day I came across a headstone with a Bisley connection:

A 56 year old! He was probably attached to the East Lancs to teach them firearms skills ... but at that age being sent into battle!

He wasn't Killed in Battle more likely as a result of an accident. I found this:


8th (Service) Battalion
Formed at Preston in September 1914 as part of K3 and came under command of 74th Brigade in 25th Division. Moved to Codford and was in billets in Bournemouth in November 1914.
November 1914 : became Divisional Troops to 25th Division.
March 1915 : transferred to 112th Brigade in 37th Division at Ludgershall.
Landed at Boulogne in late July 1915.

In November 1914, the 25th Division decamped from Wiltshire for
placement in billets with the people of Bournemouth. Here they remained until the beginning of April 1915 when the battalion moved to Windmill Hill, Ludgershall, Wiltshire in preparation for training on Salisbury Plain. 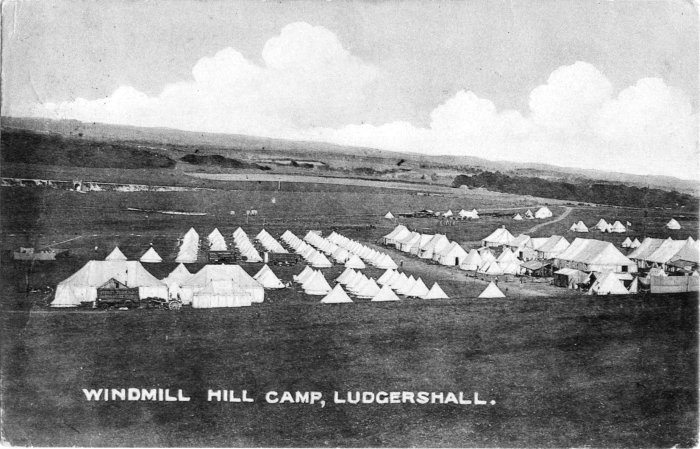 I remember in the sixties there was still evidence of the camp on the side of the hill (ablution blocks hardstanding, plumbing sinks etc.)


I did a quick search and found that the East Lancs were in action at that time and lost a few men in April '15 - but as you say he was in the Service Battalion which rarely got sent to the front.

Today I went across to Barton Stacey to tidy up the graves hadn't been for a fortnight. lots of detritous on Walter Herbert's grave but it only took ten minutes to cut the grass and rake it clean. The really big surprise was the beautiful poppies made by the children of the Pre-School play group. As they were in the village hall I popped in to thank them.

A month or so ago a couple of new crosses of remembrance appeared on Walter Herberts grave.

I still haven't had any luck on getting someone to commit to looking after the graves on a regular basis. I wish I could get over more often but it is a round trip of about thirty miles. I will just have to soldier on

I visited the graves at Barton Stacey yesterday and was quite pleased with what I found. Jim and his boys had obviously been watering the grass on Walter Herbert's grave

It does need cutting, so I will pop over tomorrow. It took me just two minutes to rake up the leaves looking quite smart when i had done so. Lancelot Davids grave was a surprise someone had placed a glass vase full of beautiful flowers on it. Also the grave must have been visited by some Jewish people as there were three stones balanced upon the top of the headstone.